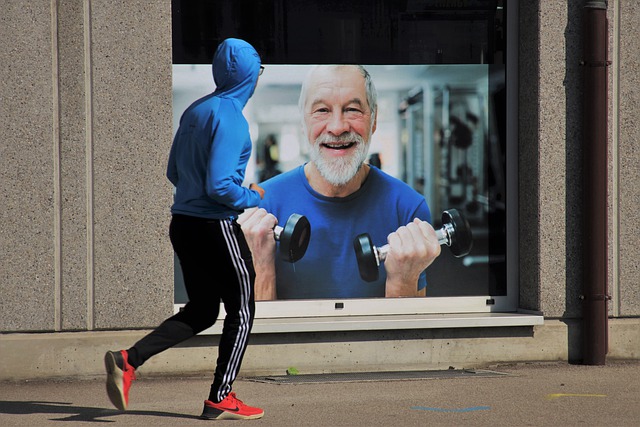 Contrary to many stereotypes, the over 65’s have been leading the way with lockdown fitness new UK research has revealed.  University College London tracked around 5,500 people aged between and 14 and 93 on a GPS phone App and found that seniors were the group which had increased their physical activity the most, whilst the youngest groups reduced theirs significantly.

“When lockdown began in March, nearly two-thirds of the population began to walk, run or cycle less, the study found. Exercise stopped for most people, and then stayed below pre-pandemic levels — except among the over-65s, who not only maintained their activity levels but started exercising more.” Most people reduced their physical activity by 57 minutes a week, but older people’s activity increased.    (The Times 25th October 2020).     The Times article is peppered with interviews with people in their 70’s who are exercising, walking, cycling and running – once again smashing many people’s mental imagery of older people.

This piece of UK research chimes nicely with an American article about 80 year old retired Wall Street Executive Jim Owen who is promoting physical exercise for the elderly by example and with books and a documentary film.  Upon his own retirement he realised that he had spent decades working hard in the office at the expense of his own health.  Seeing a family video of how old he looked on his 70th birthday shocked him into starting an exercise regime.  He now tells people that it’s never too late to start fitness training.  He knows that many people are afraid of hurting themselves after a period of inactivity and in fact made the mistake of doing too much too quickly himself at first. Now he advises starting gently and not being over-ambitious too soon. “Just chip away at it, and all the sudden you’ll look back and say, ‘I can’t believe how far I’ve come,'” he says.

Jim’s exercising paid off when at 75 his doctor declared his body was as good as a fit 65 year old’s.   Now his regime includes 3 weekly strength workouts, yoga, and Pilates with his wife, he weighs less than he did as a young man and is pain free.  He also says that the mental benefits of fitness are as important as the physical.  In 2017 Jim wrote a book to encourage older people to exercise called “Just Move! A New Approach to Fitness after 50”, this has been followed up with a film and a website “The Art of Aging Well” with inspirational stories about people who overcame difficulties to become fitter in later life.

Jim says he is “reaching out to other older adults with a message of empowerment and hope: by making wellness a personal priority, you, too, can take charge of the aging process and make your life the best it can be”.

He adds that the Covid-19 pandemic has brought a whole new sense of urgency to the need for seniors to be as healthy as they can be.

Jim’s motto is : What matters is it’s not how old you are but how you are old.  “Many people my age sort of give up on life; I don’t,” he says. “I used to think that life inevitably goes downhill once you hit seventy or seventy-five. Now, I feel my best days may still lie ahead.” (www.nextavenue.org/retired-wall-street-exec-discovers-fitness-at-70)