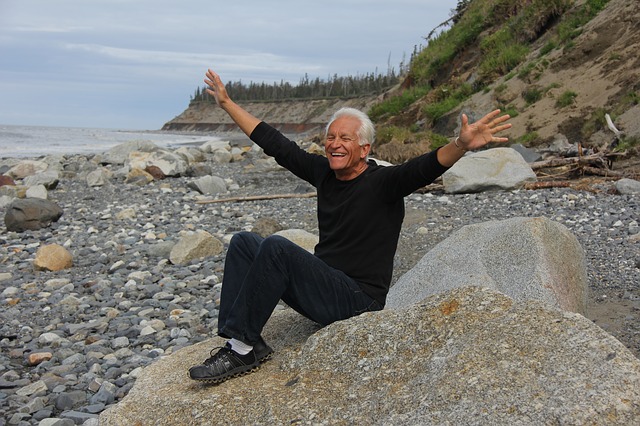 If you are British and approaching or have hit 70 you are apparently at one of life’s peak moments of happiness on average.   Recent British research by the Resolution Foundation revealed that statistically Britons felt happiest at age 18 and 70.   The study analysed seven years of data collected by the Office of National Statistics.   This showed that people tended to feel happier and satisfied in their teens after which there was a downturn in wellbeing throughout the majority of their working lives, with some improvement at 20, and a low point in their 50’s.   From their 50’s to 70 the trend is ever upward, with a deterioration in happiness again in late years – though even then happiness levels were better than in their 50’s. The research is apparently replicated in other comparatively wealthy, anglophone countries.

There were many factors contributing to British people’s happiness –  the report states that, holding all else constant, well-being is positively correlated with being female, in a relationship and healthy.  Being retired was the best economic status for well-being.

The research is quite complicated but broadly speaking it is important in debunking any myths you might hear about ageing necessarily being a depressing and unhappy experience.   Happiness in later stages of life is affected by many factors, but it is definitely entirely possible for one’s later years to be positive and worthwhile.